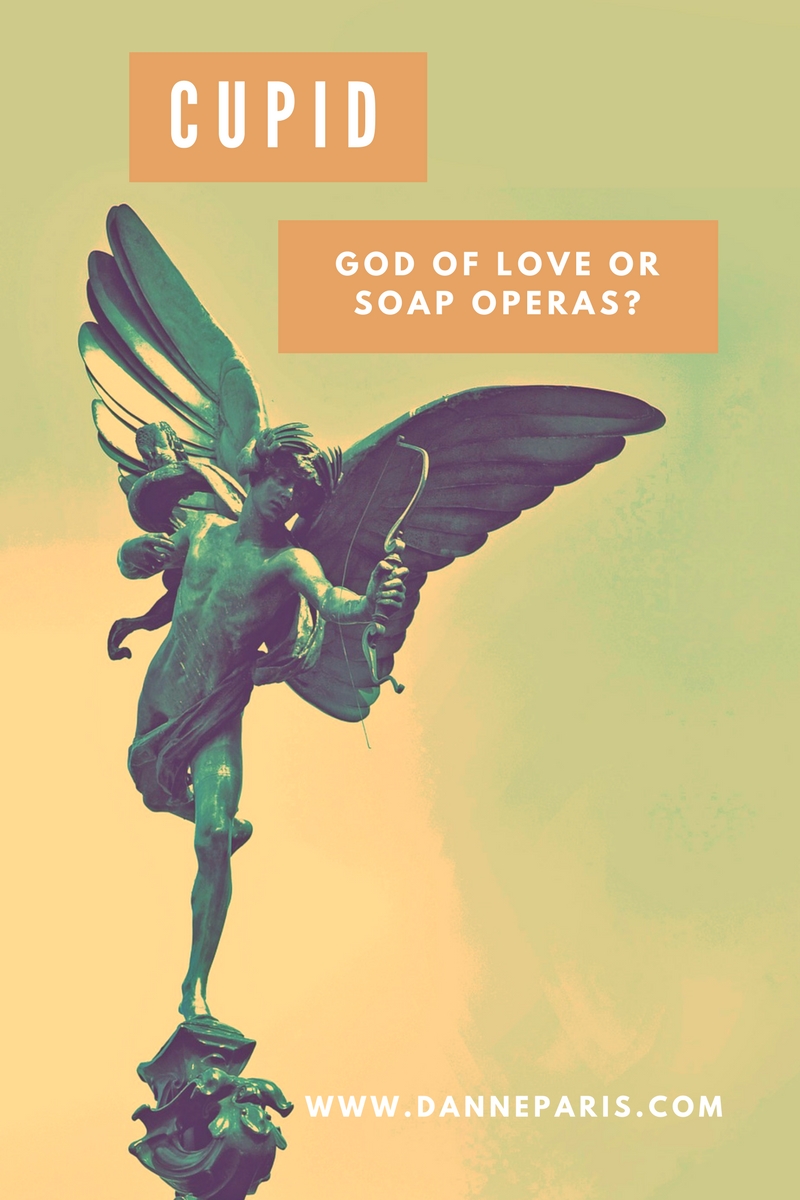 Love looks not with the eyes but with the mind and therefore is winged Cupid painted blind.

Cupid is associated with Greek and Roman lore. Cupid or Eros as he is called in Greek lore is a mischievous god who is depicted as a diaper wearing baby carrying a bow and arrow which he shoots people causing them to fall in love. Funny because every time I hear mischievous god I think of Loki and I sure don’t see him wearing a diaper!

The Lore of Cupid

Cupid was initially depicted as a young man with a bow but sometime around the renaissance artists wanted to find the purest way to depict love and so Raphael the artist painted little babies with wings called “Putti”. Soon afterwards Cupid began to take on the look of Putti.

Since Cupid is associated with attraction and love he became the face of Valentine’s day. So who is Cupid?

While Cupid might be depicted as a chubby cute little boy with a little mischief, there are accounts showing Cupid as a malevolent or even demonic god who took pleasure in causing havoc among people by stirring unwanted desires (must come from his father’s side!). Cupid was said to have shot arrows at random persons just for fun or obliging the whims of a random god.

You’d think being a god of love would make your love life easier but instead it turns it into an episode of Day of Gods Lives.

So what happened in Cupid’s love story? Well, turns out Venus was jealous of the beautiful Psyche and ordered Cupid to make Psyche fall in love with something hideous. When Cupid goes to shoot the arrow at Psyche he accidentally cuts himself with it and falls deeply in love with her. So he lurks in the distance and watches her. Yup, Cupid was a stalker!

In the meantime, since Psyche didn’t find any human to love, her parents thought they pissed off the Gods somehow. I guess you have to make the Gods happy to find true love! So the father consults Apollo’s oracle who tells him she won’t marry a human but instead will marry a dragonlike creature that everyone fears including the inhabitants of hell. Honestly, I’d think I’d choose the dragon, especially if he was a shifter!  So the father and family take Psyche, dress her in funeral attire and have a funeral/marriage ceremony on top of a mountain where the wind carries her to a meadow where she falls asleep. When she wakes up she is in a place that looks like paradise. She finds an enormous mansion, lavish garden and beautiful animals. Cupid calls out to her from the mansion and coaxes her into the bedroom where it is dark to ‘make her his wife’. She apparently never sees what he looks like but I’m surprised she doesn’t feel the wings on his back. That would have given away his identity!

So then her sisters come over- cue soap opera music! They see the luxury she’s living in and are envious of her. Of course they couldn’t leave her alone to be happy so they tell her the oracle foretold that her husband would be a winged demon that everyone despises. They convince her she couldn’t stay married to a demon like that and must kill him. Taking her jealous sisters’ advice she lights a lamp after Cupid falls asleep that night and is ready to stab him but is shocked by how handsome he is. She trips and cuts herself on one of his arrows which fuels her desire for him even more. In the process she spills the oil from the lamp on him which awakens him. Scared that she would think he’s a monster he flies far away from her.

Since Psyche knows that Venus is Cupid’s mother she comes to her hoping she knows where Cupid is hiding. Venus is, of course, the worst mother-in-law ever and has Psyche do a bunch of ‘trials’ which is just a nice way of saying ‘torturous tasks’. Fortunately, other beings feel bad for her and help her out. In the end, she passes through the trials but falls into a deep sleep after she looks into a box that holds the key to beauty. Cupid finally finds her but is unable to wake her. He goes to Jupiter who strikes a deal with him and he gives Psyche a potion to wake her and give her immortality. Finally, both Psyche and Cupid have their happy every after.

After reading the tale of Cupid’s love life I tend to wonder if he really should be the poster child of love and Valentine’s Day. Would you want to be hit with an arrow from a god who’s love life is more messed up than Erica Kanes?